On December 22, our partners over at ESL Gaming announced that there will be a new competitive circuit for CS:GO in 2022. 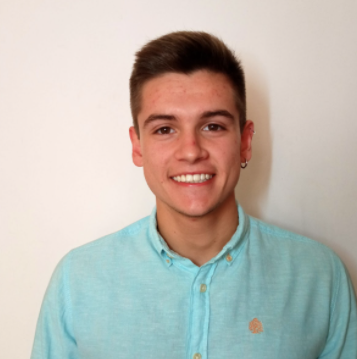 About the Author
Óscar is studying design and development of video games and now he is doing his final degree internship at Bayes Esports. He began playing Call of Duty as an amateur in High School. However, he was forced to stop competing due to lack of time but this situation did not prevent him from becoming a fanatical Esports fan. Some years later, he switch to CS:GO and Valorant up until today. When Oscar is not sitting in front of his computer, he is practicing any type of physical or mental activity, not only more risky sports such us rock climbing or Muay Thai but he is also very fond of reading books or going out with his friends.

On December 22, our partners over at ESL Gaming announced that there will be a new competitive circuit for CS:GO in 2022, featuring newly formed leagues and standalone events that are for female teams only. ESL Gaming will also establish a women’s player council, which will give women a platform to communicate with ESL Gaming and other tournament organizers. In addition to the council, there will be a talent development program for broadcast talent to help them establish themselves within the CS:GO ecosystem.

The CS:GO Women's Circuit is the product of the #GGFORALL initiative that was formed with the purpose of fighting against discrimination and toxicity in the gaming and esports communities.

As part of #GGFORALL: Today we’re launching the Women’s CSGO circuit featuring $500,000 in prize money across regular tournaments and events. Including a dedicated Women’s Player Council and Talent Development program.

In their press release, ESL states that the goal of the circuit is to "raise awareness, provide new opportunities and improve the representation of all CS:GO players". Roberta Hernandez, the Senior Vice President of People and Culture at ESL Gaming, added that "by providing an infrastructure equal to their male counterparts, we are thrilled to create more visibility and opportunities for women in the esports space, as well as support them in their professional development and to help make their dreams come true".

While the reaction to this announcement has been overwhelmingly positive, it still has sparked some discussions and controversies. Unfortunately it seems that, even in 2022, there are people that believe that supporting women in esports will negatively impact the growth and development. While these people are entitled to their opinion, and there is an argument to be had about whether genders need to be split in esports—as they are in most traditional sports—it shows that these people are either unaware of the underlying issues that women in gaming are faced with or they wildly misunderstand or underestimate them.

A clear example of this can be found in the opinion of professional commentator and host of CS:GO events, Auguste “Semmler” Massonat, who argued against the proposal of ESL Gaming, assuring that this new circuit will not be beneficial for the industry, but quite the opposite.

If the goal is to get more women to compete with men, isn't having a league with free money only for women actively working against that goal?

Why compete with the men at all if you get a guaranteed payday in a far less competitive environment? #ggforall

In Semmler’s opinion, the Women's CS:GO Circuit will not help fight discrimination, nor will it be beneficial to those women who want to compete in CS:GO in 2022. It’s a common opinion that tends to reflect some of the misunderstandings that remain pervasive among industry and community naysayers. The main objective, however, is not to end discrimination by locking them off to tournaments just for them—the real goal is for women to play on a mixed roster, like anyone else from 2022 forward.

The fact of the matter is, women in esports are severely underrepresented. The main reason for this has less to do with poorly founded assumptions such as “women are just worse at video games”, or “women are just less competitive”, but rather the fact that competitive online games are oftentimes plagued by extremely toxic communities. For women this often means that, regardless of how they perform in game, they will be met with sexist comments made by the sour few that ultimately ruin gaming for everyone—a sentiment shared by player and coach for Overwatches Houston Outlaws Jake Lyon. Jake goes on to say that these issues are difficult to combat directly, but what we can—and should do—is create positive spaces where everyone feels welcome and take positive action to show that men and other allies actively want women in competitive gaming.

Why does this help? Well, the pain point for many women isn’t that they don’t want to play with men, it’s that they don’t feel like they can thrive and grow in the toxicity of the mixed gender environments as they currently exist. Therefore, an environment where skills and prowess can be built without these concerns is needed, with the goal of full integration in mind. ESL isn’t the only organization that has clued into this need.

A positive example, built on this pain point, can be found in VALORANT, which has hosted an all-women circuit, Game Changers, since last year with a great deal of success. There is still a lot to do, of course, but teams like G2 Esports, Cloud9 or CLG already have female rosters as a result of the formation of this circuit.

In this context, it is more than necessary that Valve and ESL promote these types of circuits as well, so that women have a safe space in which to compete, can reach their goals and, hopefully, jump to the big tournaments where S1mple, Shox or Sunpayus compete. After all, professional esports isn’t actively limited to men, it is just often the case that women are actively excluded.

These types of proposals will give women visibility, will allow esports teams to professionalize the female competitive scene and, above all, give them a place to compete, improve and, why not, allow them to sign with a large organization whose staff is entirely made up of men.

The hope is that these initiatives will soon lead to, not only male, but also mixed teams competing in larger competitions. If, as unfortunate as that would be, this does not happen, then at least female esports athletes will be  given a platform to compete and demonstrate their talents in the women’s leagues and inevitably show (however sad and illogical it may seem) that they are just as valid and capable as any other human being on the planet.